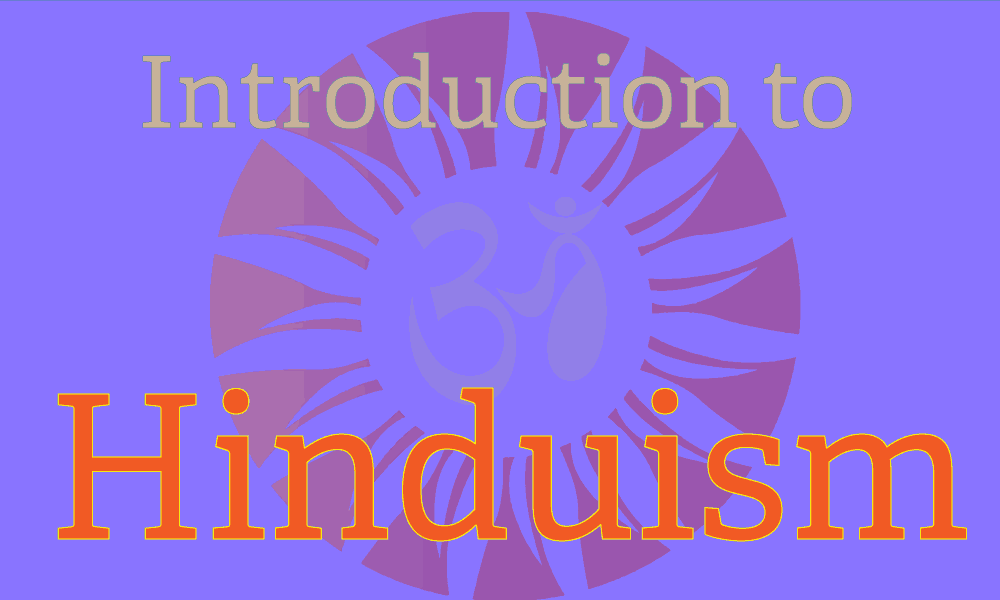 Origin, Definition and Introduction to Hinduism

One of the astounding features of Hinduism is that it is the oldest living religion that has retained its mass appeal as well as the breadth and depth of its universal vision. In its long and checkered history, it absorbed many traditions and beliefs, without compromising its core beliefs and losing its vitality. As a result, Hinduism continues to remain today as one of the most popular religions of the world, defying the traditional definitions of religion and withstanding severe competition from organized religions and materialistic ideologies. From the Book An Introduction to Hinduism by Jayaram V

Understanding the Essential Nature of Hinduism

Understanding the origin, complexity, history, diversity and formation and development of Hinduism from its prehistoric roots.

The Origins of Hindu and Hinduism

The essay traces the historical origin of the words Hindu and Hinduism and how they acquired relgious connotations.

The Sources of the Sacred Knowledge of Hinduism

This essay is about the sources of the sacred knowledge of Hinduism, its beliefs and practices, especially the literary sources

Hindu Scriptures and Their Influence Upon Hinduism

In this article we examine influence of Hindu scriptures, the Vedas, in the formation of the great tradition called Hinduism.

The Ancillary Sacred Texts of Hinduism

This essay is about the importance of ancillary sacred literature of Hinduism namely the Puranas, Vedangas, darshanas, epics ramayana and mahabharata, bhagavadgita, devotional literature, agamas and tantras

The Diversity and Contradictions Of Hinduism

This essay presents the plurality and contradictions in the beliefs and practices of Hinduism with examples and reasons thereof.

The Definition of Hindu and Hinduism

The essay is about the origin, definition and beliefs of Hindus and Hinduism

The Hindu Way of Life

Hinduism is not considered to be a religion but a way of life, because religion is deeply interwoven into the life of a Hindu the way nerves are interwoven in our bodies. Total there are 22 articles in this section...

The Hindu Marriage, Past and Present

According to Hinduism, marriage between two persons is a sacred relationship that is not limited to this life alone. It extends across seven or more lives, during which the couple help each other progress spiritually.

The theory of Aryan invasion of India and the connection between the early inhabitants of India and of Europe both racially and linguistically stretched the imagination of many Indo European historians. It led to a great deal of confusion and distortion of Indian history in the backdrop of British imperialism.

The Complexity of Knowing Hinduism

This essay is about the problem of understanding Hinduism because of its diversity and complexity due to historical reasons.

Ten Incredible Reasons Why Hinduism is an Amazing Religion

Theism and Atheism in Hinduism

About the diverse nature of Hinduism which sets it apart from other world religions, and how diversity is reflected in the theory and practice of Hinduism

Hinduism its emphasis upon Dharma, its monothestic base, reasons for image worship, spiritual practices and scientific nature

The Construction of Hinduism

Hinduism and Its Intellectual Appeal

The Hindu Theories of Creation

The development of early Hindu theories of creation coincided more or less with the evolution of religious thought in Vedic India.

A huge collection of free online scriptures. Includes all translations of all the Vedas, several Upanishads, Manusmriti, the Bhagavad gita, Yoga Sutras, and the Ramayana

The scriptures of Hinduism are many and they add to the richness of Hindu religion. Know more about Hinduism in the context of its scriptures from here. (Opens in a new window.)

Find your way into the world of Hinduism from here. (Opens in a new window.)

A huge collection of links to e-texts currently available online. Some of t e texts are free downloads and most of them are by prominent saints and gurus of Hinduism.

Essays on the Principles and Practices of Hinduism

Essays On Dharma or Dhamma

Brahman, The Highest God Of Hinduism